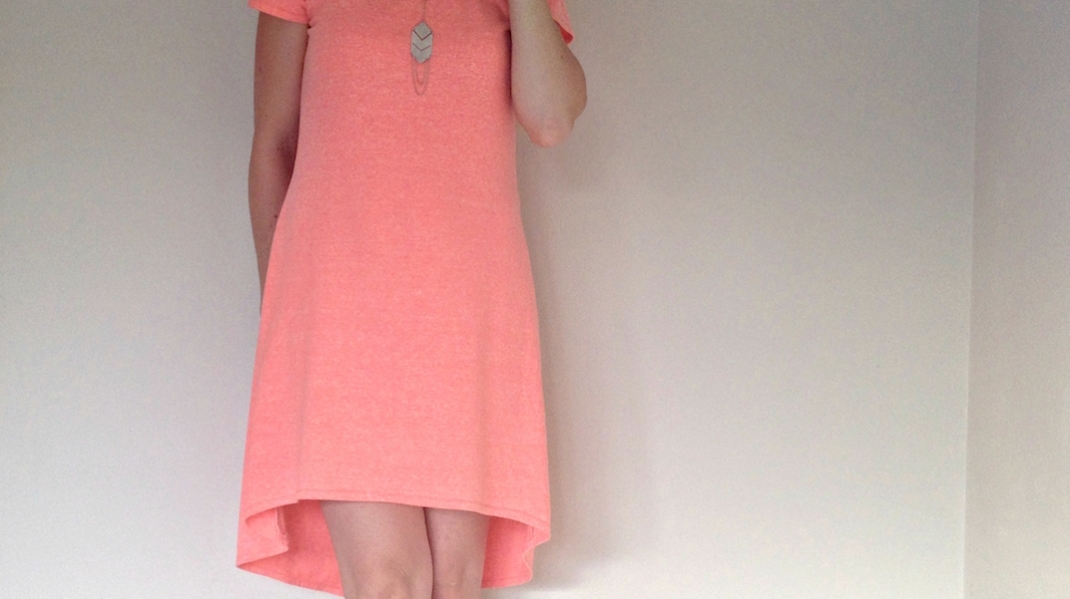 I’ve previously made a few Briar tops out of merino for winter, but summer called for a dress version. Especially after Megan Nielsen released a kids version of this pattern and I saw how great it looked on Poppet!

For both of these dresses, I just extended the pattern to dress length and lowered the front curve a little for a more subtle shape. Megan Nielsen has a great tutorial for the Briar dress hack over at her blog, if you’re interested. 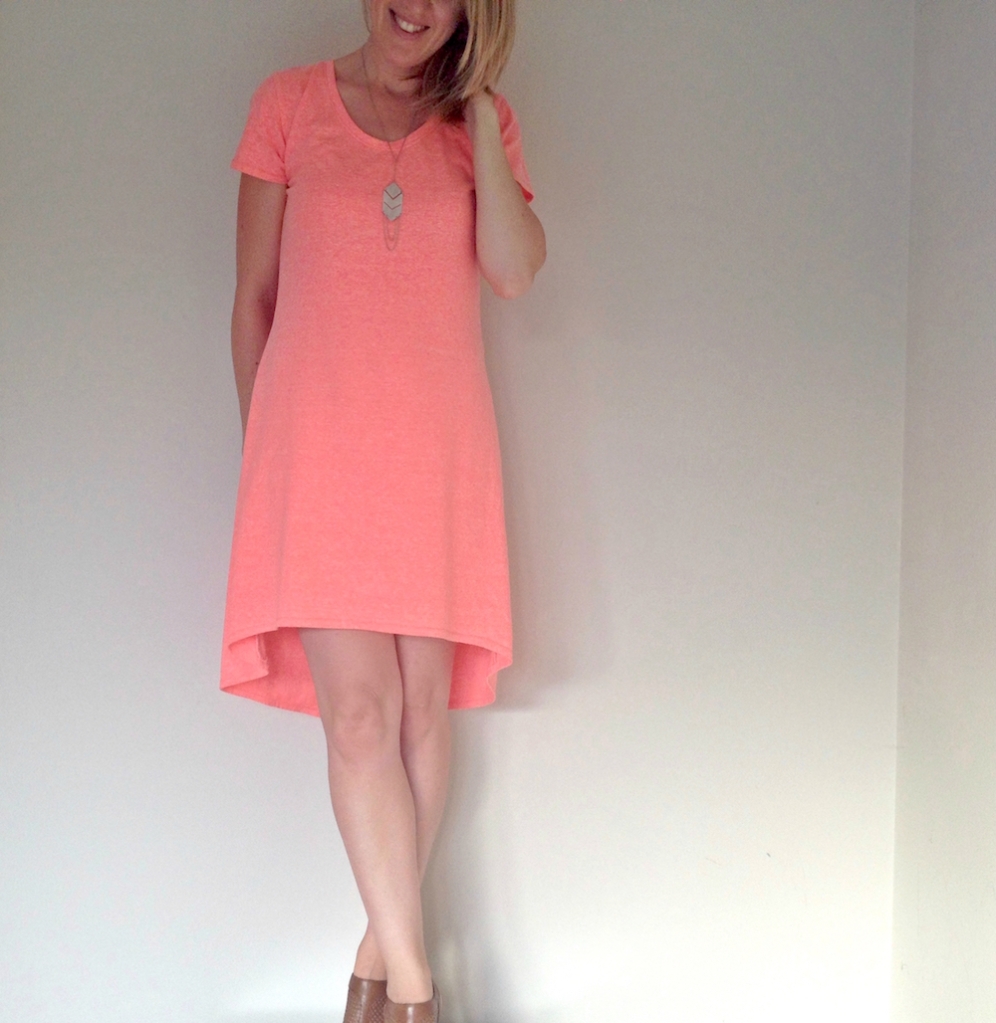 In other sewing-nerdery, I also attempted to do a sway-back adjustment with no centre back seam using an illustration I found on Kitschy Coo. The idea is that, after doing the standard adjustment, you then straighten the centre back again and transfer the extra width back to the side seam. It’s confusing without the picture to help, but it looks to me like you’re essentially creating a more dramatically curved side seam.

My brain says it shouldn’t work; that it’ll only create horizontal lines in the back. But the result was okay. In fact, the most successful I’ve had so far in non-back-seam garments. Certainly better than no adjustment at all, but I’ll still be keeping my eyes peeled for other techniques too.

This dress is just so comfy! It’s actually the only knit dress I have, but I’m seeing the appeal. It’s not too clingy, yet still has nice shaping, good for the beach or work and doesn’t wrinkle when I haven’t sorted laundry for a week … which is most weeks.

This dress is my fourth make using the Briar pattern, so I think it wins on value-for-money. Sweaters, t-shirts, winter tops and now dresses; a great staple for the pattern stash if you’re after a good, versatile basic.